Skip to content
Casting Inspired Actions: How memory can put food on the table & beyond | Kathy Lang | TEDxDocklands

Casting Inspired Actions: How memory can put food on the table & beyond | Kathy Lang | TEDxDocklands

In antiquity, memory education was considered the foundation of education, but in the 21st century this has been lost and forgotten. In the context of mind over matter, Kathy is sharing her story of how memory can put food on the table and beyond.

After experiencing the ‘mummy brain’ phenomenon causing absent mindedness and confusion, Kathy recreates humorously her powerful journey as a subject of a human guinea pig to demonstrate that there is no such thing as a ‘bad memory.’ Kathy shares how after she had ‘accidentally’ broken an Australian Memory Championship record, that anyone can train and learn to be a memory superhuman. Kathy discusses brain training development as a way of living a more enriched life, of greater purpose, empowerment and productivity.

Based on the 3 pebbles philosophy, Kathy inspires her audience to change the world for the better, by simply casting their inspired actions of change. Director of 3 Pebbles. Global Educator in Entrepreneurship & Education. Memory Athlete. This talk was given at a TEDx event using the TED conference format but independently organized by a local community. 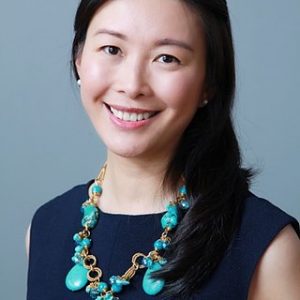 Kathy Lang is a highly sought-after Consultant and Project Manager, Educator and Presenter. Kathy has four degrees in Science (Microbiology, History, Philosophy & Science), Masters in Entrepreneurship & Innovation, Graduate Certificate in Tertiary Teaching, and Certificate in Training & Assessment in the Workplace.